Two-For-Ones (Part Three): 6 Tips to Get Even More From Your Teams 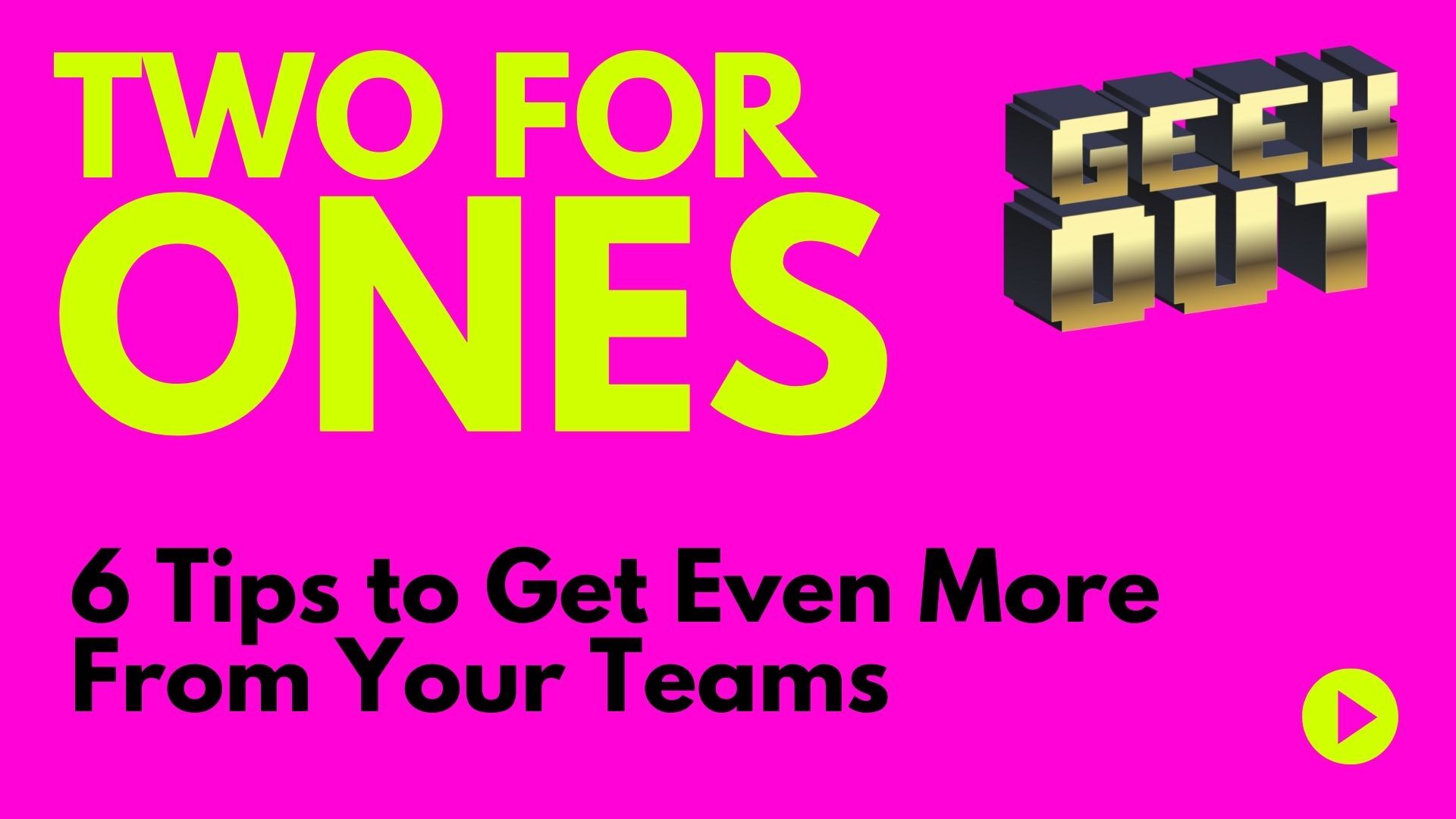 Our last post covered the right way to hire and indoctrinate new employees. But if you want to do more for and get more from your teams, you have to focus on optimizing employees as individuals.

And one of the most effective ways to create those two-for-one opportunities is finding shared enemies and ‘rallying the troops.’

The recent iOS update and the uproar surrounding it is the best opportunity to unite your marketing company that I’ve ever seen. Businesses, just like countries, unite and pull together when they’re attacked. Everyone links together to fight against the enemy.

If you have an opportunity to harness that motivation, you can bring your company together — and the iOS update is a perfect example. If you can get your whole team working together to fight something, they will battle for you.

Tough times are also a good time to evaluate your employees. Which ones are weak, and which ones are stepping up to the challenge?

2. Compliment From the Side

Another useful optimization tactic is compliments. In this day and age, for whatever reason, a lot of people don’t accept compliments well. You want to motivate your people so you compliment them, but they often deflect that praise and it doesn’t land the way you want it to.

The way I’ve found to get around this is by what I call “complimenting from the side.”

I like to do this in team meetings. When everyone is gathered together, if I want to compliment an individual, I won’t make eye contact or even look directly at him — I’ll share the compliment with the rest of the company.

This way the individual gets the value of the compliment from the approval of the team, and I can avoid the instinctual deflection that would happen if I complimented him in a one-on-one setting.

When I was in the call center business, I always had to give pump-up meetings. These meetings were like “The Wolf of Wall Street” — I would yell, rip off my shirt, take over phones and close for people — there was a crazy energy.

And I had to do that every single day, which was part of the reason I was so exhausted by the call center business.

But how do you harness that energy in other businesses? One key that I’ve found is that if you want to show your team appreciation, you have to start by appreciating yourself.

Today, before any big meeting with my team, I sit down and write 10 things in the business that I’m thankful for. You should do this too. Then you can take that list into the meeting and tell the team what you’re thankful for.

Sharing that will fire them up. It motivates people when you point out that others are doing well because it makes them want to do well too.

4. Lead From the Front to Get More From Your Teams

Also, lead from the front. Sometimes, as founders, owners, or CEOs, we get so busy with our own tasks and challenges that we don’t get a chance to get our hands dirty with our people.

I mentioned before that my grandfather would cover people’s shifts at the nursing homes he owned — he wasn’t just doing that to make time for people. He also wanted to show that he wasn’t too good to do the hard or boring day-to-day work that he expected from his employees.

We can return to the iOS example here too. Our agency business works with affiliates and brands and I’m working alongside my team to troubleshoot pixel problems. That’s not my normal role — we have people for that. But this is an emergency, and I want them to know that I’m fighting with them to figure it out and find solutions.

5. Remove the “Governors” on the Brains of Knowledge Workers

Peter Drucker, author of “The Effective Executive” and the forefather of modern American management, was one of the first people to use the term “knowledge workers.” Knowledge workers use their brains to make money.

As employers of knowledge workers, if we can increase outputs by unlocking the full potential of these brains, we don’t need to hire more people.

One way to do this is what I call “identifying the pebbles in people’s shoes.” There are things that hold people back, often related to self-esteem, self-trust, or perfectionism.

If someone is constantly procrastinating, for example, that’s usually a self-trust issue. This person is probably fantastic at what they do, but they’re scared to make mistakes. As an employer, you can unlock that by saying, “If you mess up, it’s on me. I don’t care, but I need you to get after it.”

If someone else is always doubting their own decisions, or not communicating, or not making good ideas happen, you as a leader have to identify that problem and unlock that person. Don’t hire more people — make the people you have better.

We already talked about self-evaluations, but here’s another tactic. When you set a goal at the beginning of the month or beginning of the quarter, have your employees record a Loom video every Friday for themselves to say how they did with their goals that week.

For the record, I hate meetings. I don’t believe in them. I know they’re necessary, but they’re such a time suck for everyone. So we’re going to wrap up with three ways we’ve created better meetings, because these are some of the most applicable tips that we’ve come up with.

The first is what I call “Nick’s Meeting Rule,” because I got this tip from Nick Shackleford. If you’re having a meeting or a Zoom call and someone doesn’t talk for two meetings in a row, they’re out of that meeting. The meeting is providing them with no benefit, and their presence isn’t benefitting you, so they’re out.

The second is an app called Hypercontext (formerly SoapBoxHQ). It’s a meeting agenda tool that allows you to create an agenda online and attach it to a calendar event so that everyone can see it. It comes with templates and is easy to use, but more importantly, it gives everyone a chance to add things to talk about and resolve issues before the meeting even happens.

Finally, we use Looms for updates and statuses instead of weekly meetings and debriefs. I expect end-of-week reviews from my direct reports, but I don’t want to impose on their time or my own with a phone call or video conference. I just tell them to make a five- to 10-minute Loom to go through their week so I can see what’s going on. This makes them accountable to me and accountable to themselves.

There’s a power in these videos, because when someone is deep in their work and finding a rhythm, locking them into a meeting time is very inconvenient. If they can make a recording for an update, it’s much more efficient.

Getting optimal performance out of yourself and others is the way you make big things happen. It’s not just through paying people more, because their hearts won’t be in their work.

If you have a chance to get a two-for-one by unlocking someone or removing what is holding them back from reaching their fullest potential, you win. If you can help them do better for you as well as do better for themselves, you win.

If you missed Part One and Part Two of the “Two-For-Ones” series, click the links and read them now.

And for more can’t-miss lessons for digital marketers and managers, check out James' P3 Scaling System to grow your business, or sign up here for the next Geek Out event! 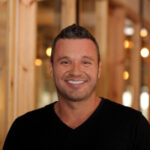 James Van Elswyk is a native advertising expert who owns multiple brands and businesses, including Symphony Agency, Purple Leads, Purple AdLab, and Geek Out Education. After starting out as a one-man affiliate, James now runs a team of 55 full-time employees around the world. James is A leading expert in clicks and conversions, and outside of his entrepreneurial endeavors, James owns a charity that educates underprivileged people on how to media buy. 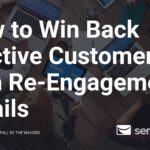 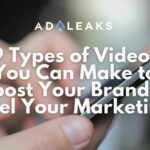 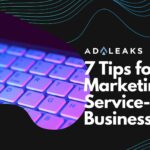 5 Ways You Can Optimize Your eCommerce Store for More Sales 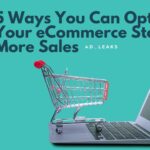 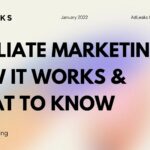 Understanding MER: Why It’s Important & How to Use It 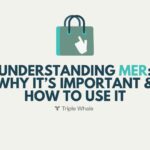